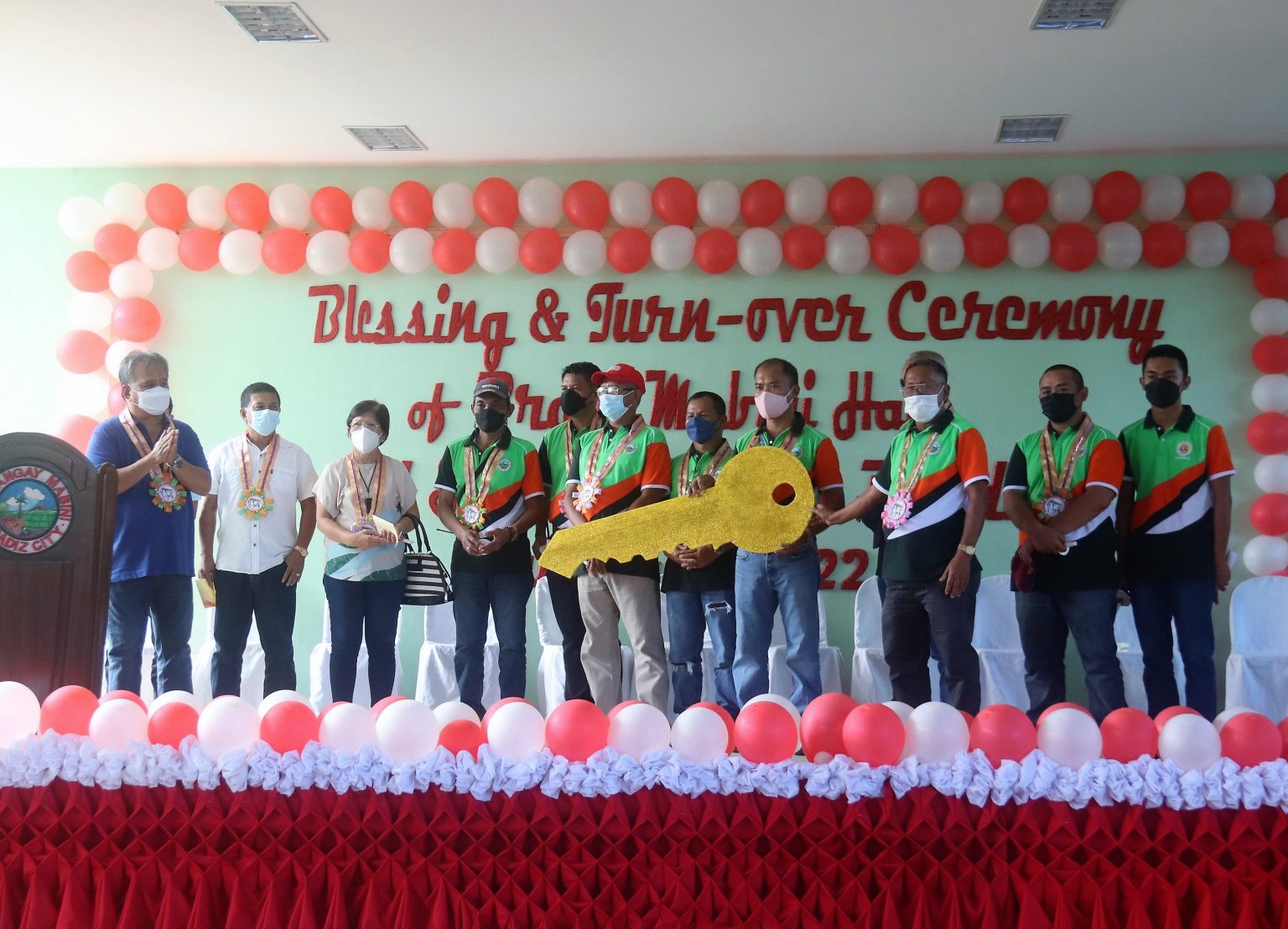 The newly-renovated Barangay Hall or People’s Hall and Senior Citizens’ Building of Brgy. Mabini were inaugurated during the blessing and turn-over ceremony last January 11, 2022, with Rev. Fr. Guerrero Rovero officiating.

City Mayor Salvador G. Escalante Jr., together with councilors Warren Zaragoza, Cedric John Olvido, and Denia Hinolan, led the cutting of the ribbon for the two buildings and turned over the symbolic key to Barangay Captain Rosevil Villarin.

According to Brgy. Captain Villarin, the repair and improvement of barangay Hall was funded by City Mayor Salvador G. Escalante Jr., for 6 million pesos, while the construction of senior citizens’ building phase I, amounting to P800,000.00, was funded by former councilor Pal Guanzon, and the addition of 1 million pesos was financed by the city government.

Villarin also said the new dump truck and canter were donated to their barangay to help fast-track various projects. He added that the paving of farm-to-market roads in sitios Cotcot, Igcamalig, and Kanabawan with almost 3 million pesos appropriation will be implemented this year.

“These are all part of the reward given to Barangay Mabini for people’s outstanding support to our city officials through straight voting during the local election in 2019”, Villarin added. 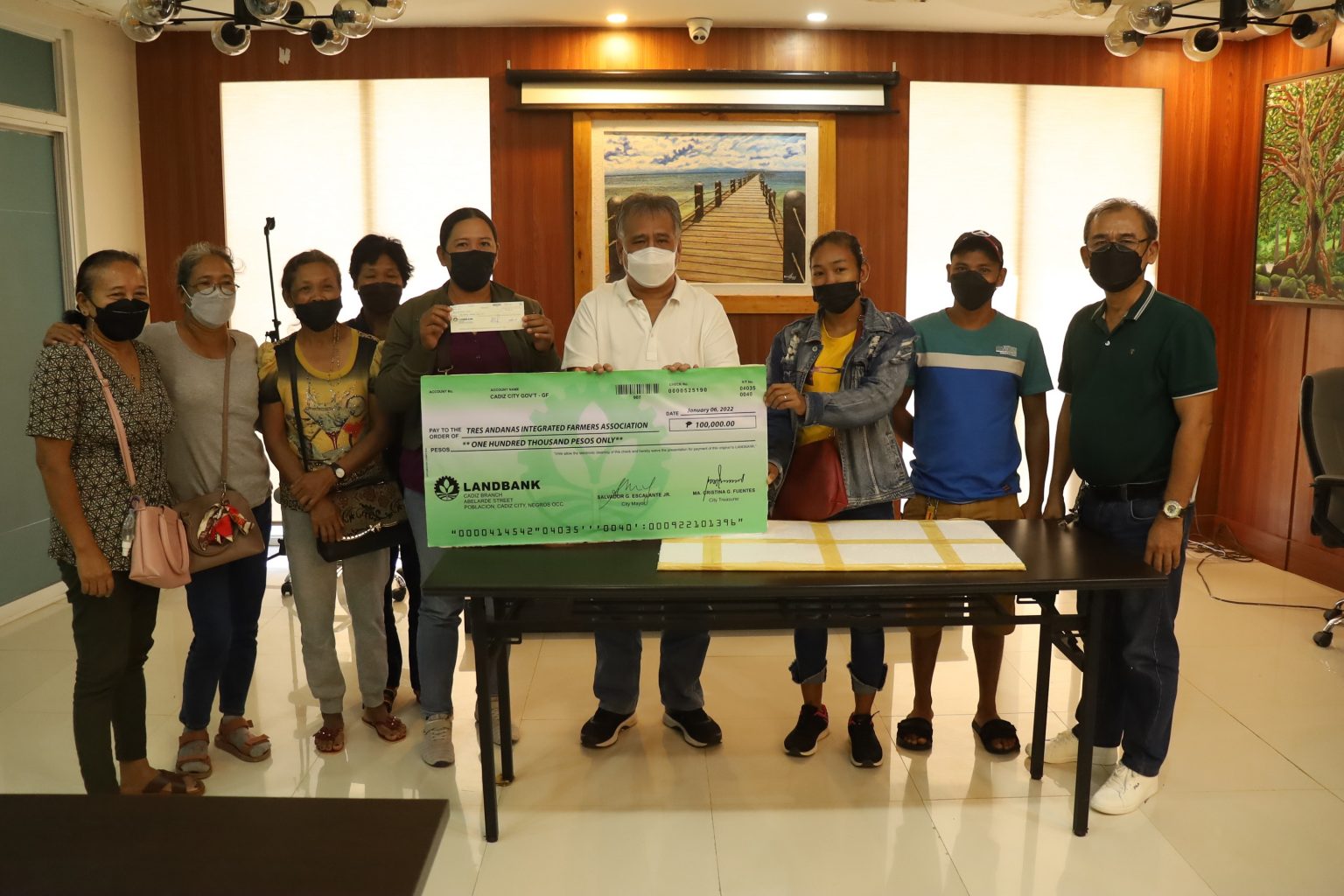 The fund for Tres Andanas is a livelihood financial loan assistance given by the city government to help finance the swine production project of the association members of Purok Nakar in Brgy. Magsaysay. While the proceeds of the loan assistance of Vicentenian Multi-Purpose Cooperative will provide its members an initial capital for business as their micro-lending project.

The source of funds was taken from the 20% Internal Revenue as support financially to cooperatives and associations within the city of Cadiz.

Among those who witness the occasion were Chairman Hermei Tingson Lumacao of Tres Andanas Integrated Farmers Association (TAIFA) of Brgy. Magsaysay, Chairman Joenel D. Coros of Vicentenian Multi-purpose Cooperative of Brgy. Zone 2, and representative from the City treasurer’s Office. /cio 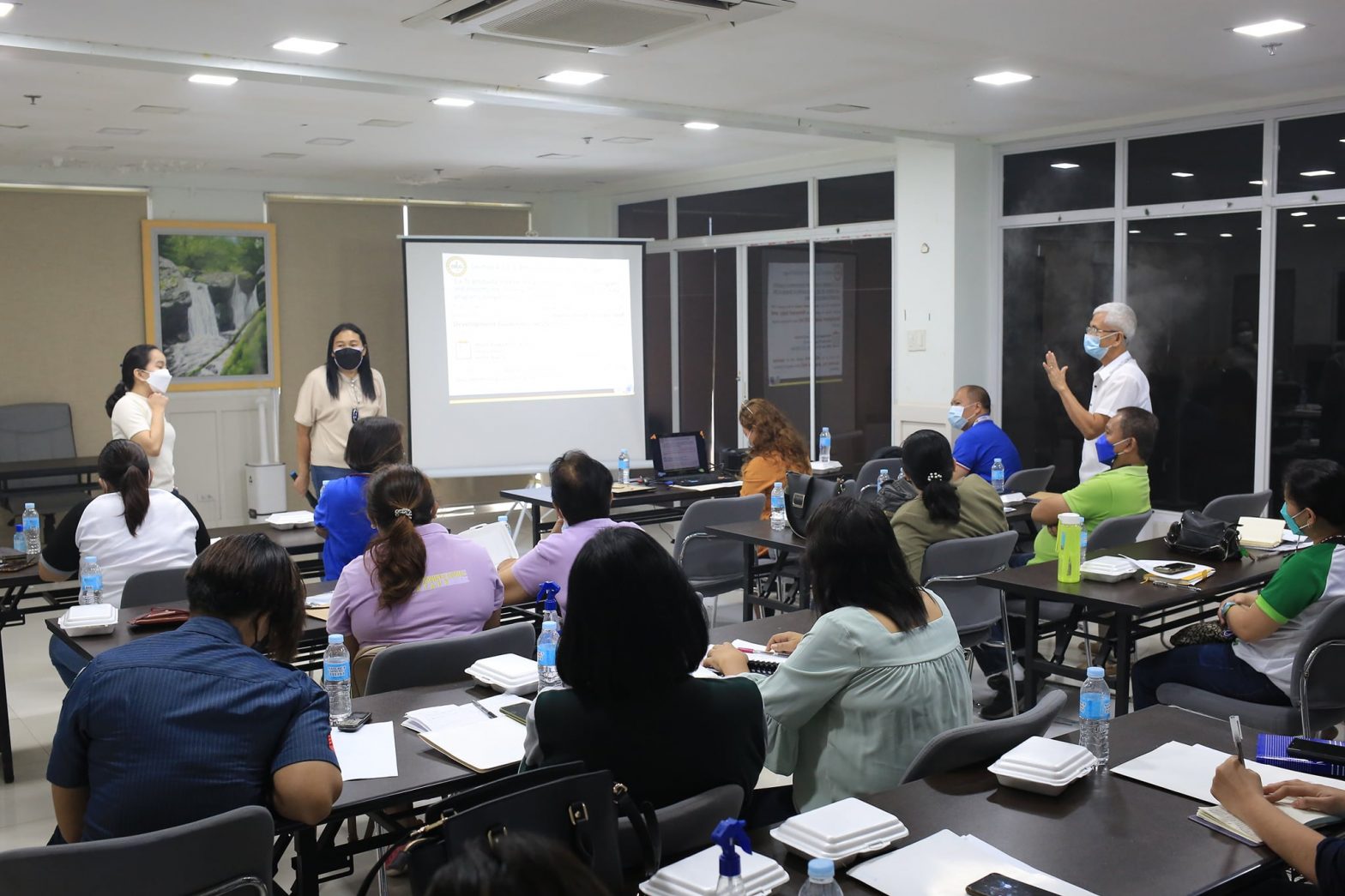 Focal persons from different local government offices of Cadiz City met for the Gender and Development (GAD) planning and budgeting 2022.

The Gender and Development (GAD) budget policy was introduced through the General Appropriations Act (GAA) in 1995 as “The Women’s Budget” to support with actual resources the implementation of programmes and projects on the ground, focused on gender advocacy and commitment to women’s empowerment.

This policy directs all government departments and agencies to allocate a minimum of five percent (5%) of their total annual budgets for gender programs, projects and activities. It has been an important feature of the annual GAA and further strengthened by the Magna Carta of Women (RA 9710). 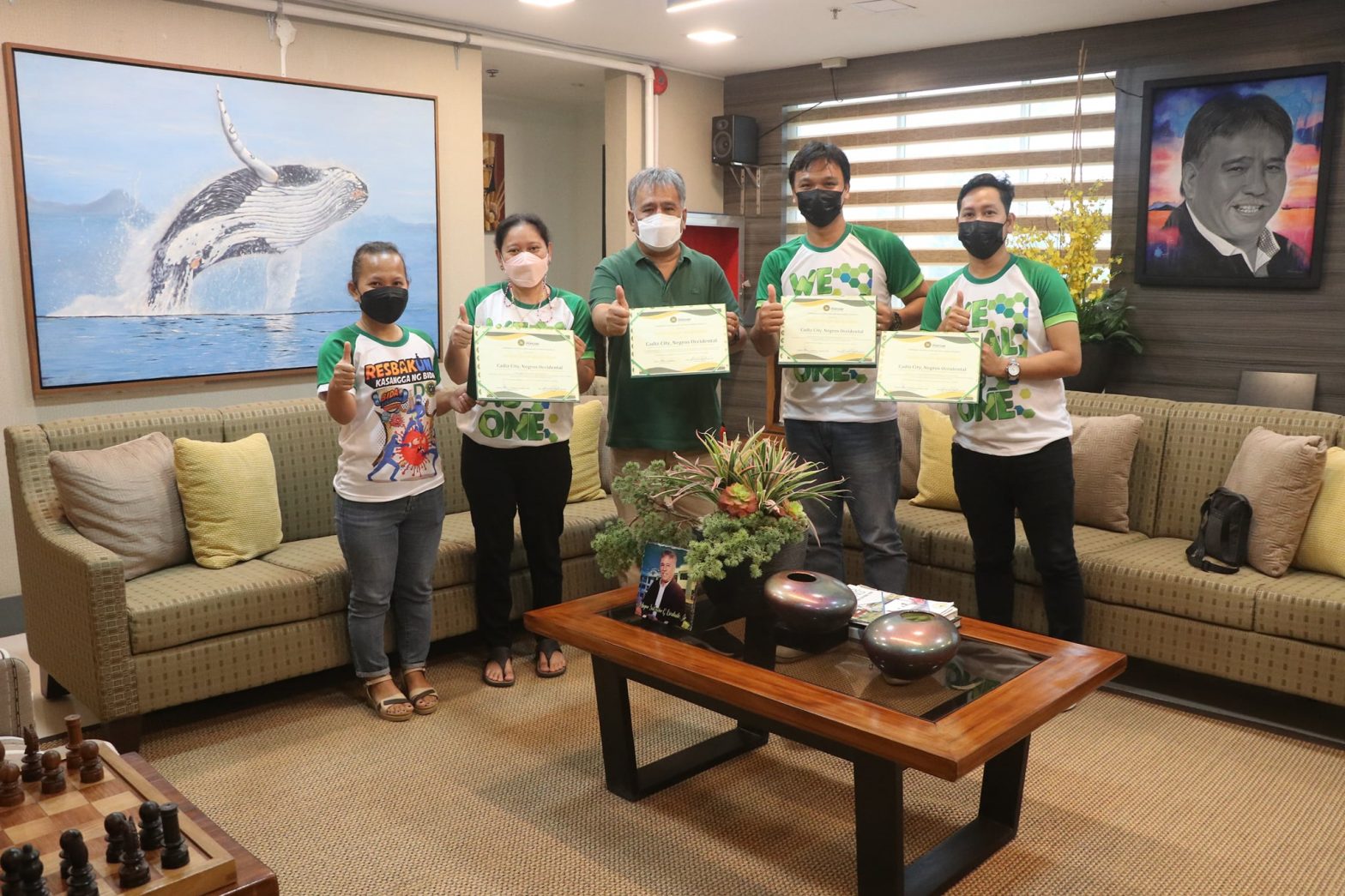 The Commission on Population and Development – Region VI (POPCOM) awarded Certificates of Recognition to Cadiz City for various categories:

The awards signify the contribution to the goals and objectives of the Philippine Population and Development Program (PPDP) in Western Visayas of the local POPCOM. 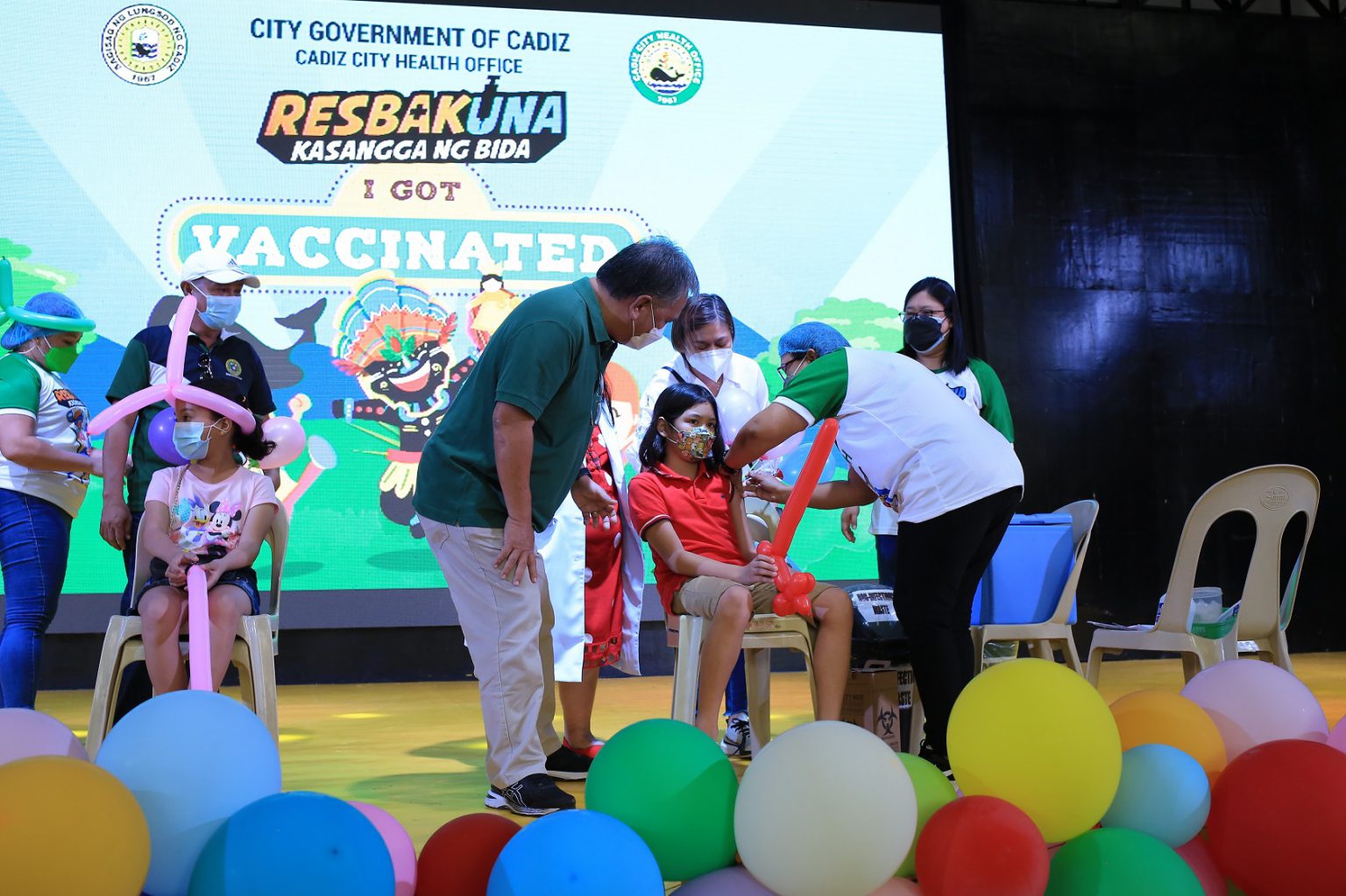 Children aged 5-11 years old along with their parents and guardians participate in the Kick-Off Activity for the Pediatric Vaccination Rollout at the party-themed vaccination site in Cadiz City Arena.

Pfizer vaccine is being used for the vaccination as this is the only shot that has received emergency use approval for kids aged 5 to 11 years from the Philippines’ Food and Drug Administration. The Pfizer vaccine for them has a lower dosage and lower concentration than those given to youths aged 12 to 17.